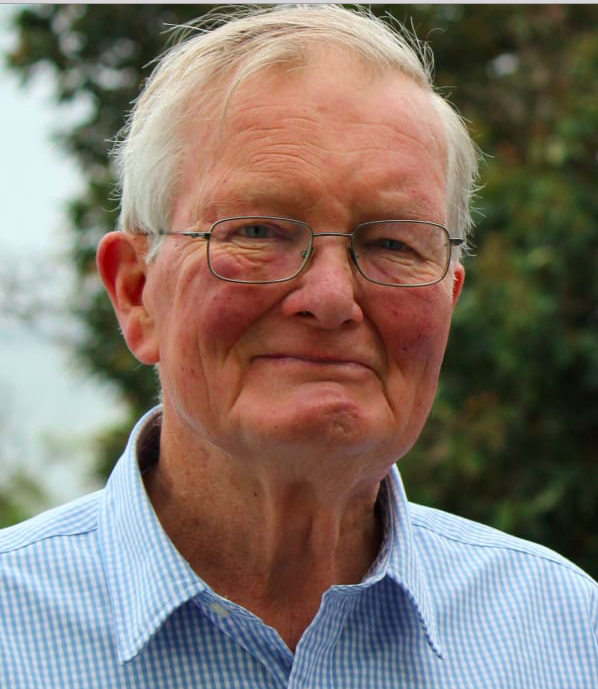 DON GIBB, the Historian
I first met Don about 6 years ago when I presented a talk to the Canterbury History Group. I found out Don had been a teacher at my old school, Camberwell High, but years before I started there. Don was also one of the founding members of the Canterbury History Group, and had been the editor of the Newsletter, amongst other roles, since day dot. I got to know Don fairly well over the years, as I attended the History group’s meetings regularly, and was in awe of Don’s knowledge of the history of Canterbury and beyond. As someone who spent most of his life there, he could reel off facts, and names in extraordinary detail. I can’t begin to tell you how much knowledge has been lost with his passing. He WAS the Canterbury History Group. Recently, I presented a talk on Canterbury man, Sir Robert Best. I followed Don’s presentation on two historical Canterbury female scientists.            Again, I was blown away by his research and mastery of his subject. I felt like I had been asked to sing a song after Elvis had left the stage! Don contacted me and told me he was unwell and asked if I would take over the role he held for 40 years as Newsletter editor. I baulked at it, to be honest, as I know the work involved and I am more of a freewheeler. He said to give it some thought and he would discuss it with me at years end. Don’s book, Visions of a Village on the Maling and Canterbury Road shops, and their history, is a masterpiece and I have often referred to it. He was also a co-author of the recent, Remembering Melbourne book. Again a work of excellent quality. Don, or should I say, Mr Gibb, I am really humbled to have known you, I learnt so much from you and will miss your humour and knowledge. You have had a bigger impact on me than you will ever know. James Nicolas (class of ‘84)

DON GIBB, the rowing coach
I was Captain of Boats in 1959. Harold Begbie, a Biology Teacher introduced rowing in the mid 1950’s. This was given great impetus when Olympic Bronze Rowing Medalist Michael Aikman joined CHS staff as a Physics Teachers after the 1956 Games. CHS won 1st & 2nd Eights Head of River in 1958 and 1st, 2nd & 3rd Eights Head of River in 1959. Michael Aikman was actively involved in recruiting Don Gibb to the CHS staff, so that the Rowing Squad would continue to be coached in ‘The Albert Bell’ style that both Michael and Don had learnt at The Geelong College, where I also ended up doing some coaching. John O’Hara (class of ’59)

DON GIBB, Associate Professor
At a presentation at the Royal Historical Society of Victoria to honour the life and work of a Associate Professor Don Gibb, it was announced that The Don Gibb RHSV Prize in Australian History would be awarded annually to the best student in Australian history at La Trobe University. The Gibb family has donated $10,000 to ensure this is a perpetual prize to recognise Don’s contribution to student learning in history in Victoria. Peter Doughty (class of ‘63)

Don Gibb, a teacher devoted to history in Victoria