Miss Cameron was Head of Music at Camberwell High School from 1958 to 1964. She was a fine music teacher who inspired her students and encouraged their musicianship.
A number of ex-students have acknowledged her influence on their lives.

I remember Miss Cameron fondly. I even have a photo of her in class. She gustily led us in song singing “Speed bonnie boat like a bird on a wing, over the seas to Skye!” -The Skye Boat Song. I had always thought that it was a bedtime lullaby until I visited Scotland last year and heard it sung over the bagpipes in an evening show and found that it was a wartime tune. It took me back to Miss Cameron’s class. Funny the small things we remember and stay with us for more than half a century… Cecilia S. Wu Class of ‘66

I was school pianist in 1958. Miss Cameron was my inspiration and did a lot to help me with my vocation. At Melbourne Uni. she lectured in music method before becoming a school inspector of music teachers.  Gwen Dunstan Class of ‘58

I am writing on behalf of my dear friend Jan Lee (née Devlin). Miss Cameron supported and encouraged Jan enormously as a music student. Jan became a wonderful music teacher and staged a musical every year, which was notable because she had huge casts involving many students. Sadly, Jan now has advanced Alzheimer’s and could not be aware of the memorial service. If she were still herself, she would be there to honour the woman who did so much to help her on her way.  June Smith (Gregory) Class of ‘58

I came to Camberwell High in 1962 after having failed everything in Year 10 except Art and Craft. The headmaster at my former school told me I would never matriculate, so my parents sent me to Camberwell High School where I had to repeat Year 9. Somehow Miss Cameron, ‘found me’ and in Year 10 I became the Junior School Pianist. In Years 11 and 12 I conducted Montgomery at the Choral Festival, sang in the madrigals and became a prefect. I studied music at The University of Melbourne and became a Director of Music in schools in Darwin and Hobart. In 2005 we formed our own Camberwell HS Ex-Students “choir for the day” to record our school song. Although in her 90’s, Miss Cameron was there to support the project, and a number of us were able to acknowledge the impact she had had on our lives.  Yvonne Giltinan (McLaren) Class of ‘65 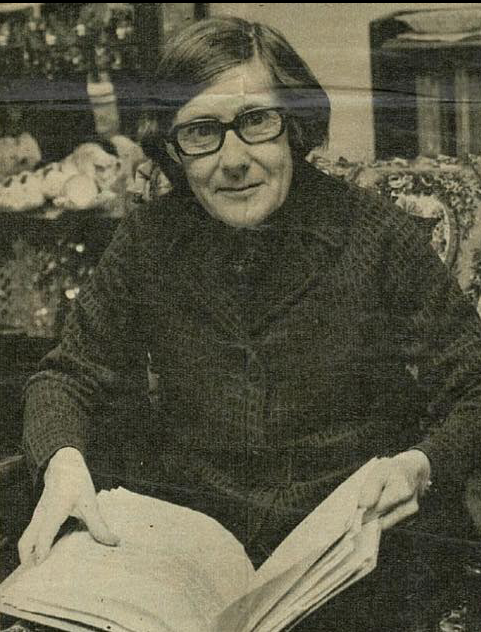 When she was 70 she started The Chamber Strings of Melbourne, creating unique performance opportunities for hundreds of gifted young musicians, many of whom have gone on to pursue full-time professional careers in many of the leading orchestras in Australia. The Chamber Strings of Melbourne performed throughout the UK, Russia, China, Japan and the USA. Dr. Cameron retired at 100 after organising a finale in the Melbourne Town Hall.